The Economic Impact of Restricting Competition in 5G Network Equipment 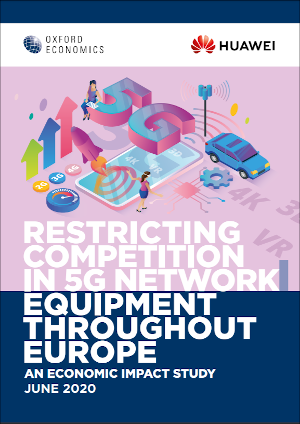 A new report by Oxford Economics sheds light on the potential costs of restricting competition in the provision of 5G network equipment across 31 European countries. The study models the consequences for investment costs, rollout delays, and long-term productivity losses in the EU-27 countries plus Iceland, Norway, Switzerland, and the United Kingdom.

The next generation of mobile technology offers enormous opportunities for countries who facilitate its widespread provision. During the global coronavirus crisis, telecoms networks have kept vital health, education and emergency services online, helped many businesses to shift smoothly to remote working patterns, and enabled friends and family to stay connected.

The associated recession is set to delay the rollout of 5G, endangering the extent to which these opportunities can be realised.

In Europe as well as globally, the market is dominated by three players: Ericsson, Huawei and Nokia. However, the participation of one of these companies - Huawei - in the rollout of 5G is likely to be constrained by a series of political decisions. As of June 2020, a number of governments in Europe are still reviewing its participation by balancing security implications against other economic and industrial priorities.

While it is widely accepted that such restrictions will be costly to businesses and consumers alike, there has been no systematic attempt to quantify the potential scale of these effects in Europe. In this context, Huawei commissioned Oxford Economics to assess the economic cost of restricting competition in 31 European markets. To reflect the uncertainties inherent in this analysis, the study models three alternative scenarios - termed “low cost”, “central cost”, and “high cost”.

Under the central cost scenario, the report suggests that restricting a key supplier of 5G infrastructure in the 31 European countries would increase total investment costs by almost €3 billion per year, on average, over the next decade (in 2020 prices). This represents an annual real cost increase of 19% which translates to €3 million per year in Iceland, but as much as €479 million per year in Germany. Furthermore, the restriction in competition would lead to rollout delays across Europe. Under the central cost scenario, an estimated 56 million fewer people would be covered by the 5G network in 2023. Such a delay would also result in slower technological innovation and reduced economic growth. In the same scenario, national GDP in the year 2035 is reduced by some €6.9 bn in Germany and €7.3 billion in France. Across all 31 European countries modelled, the total GDP lost in 2035 is put at €40 billion (in 2020 prices). 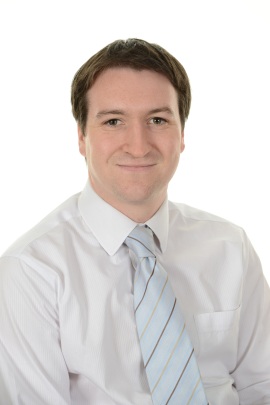