How robots change the world 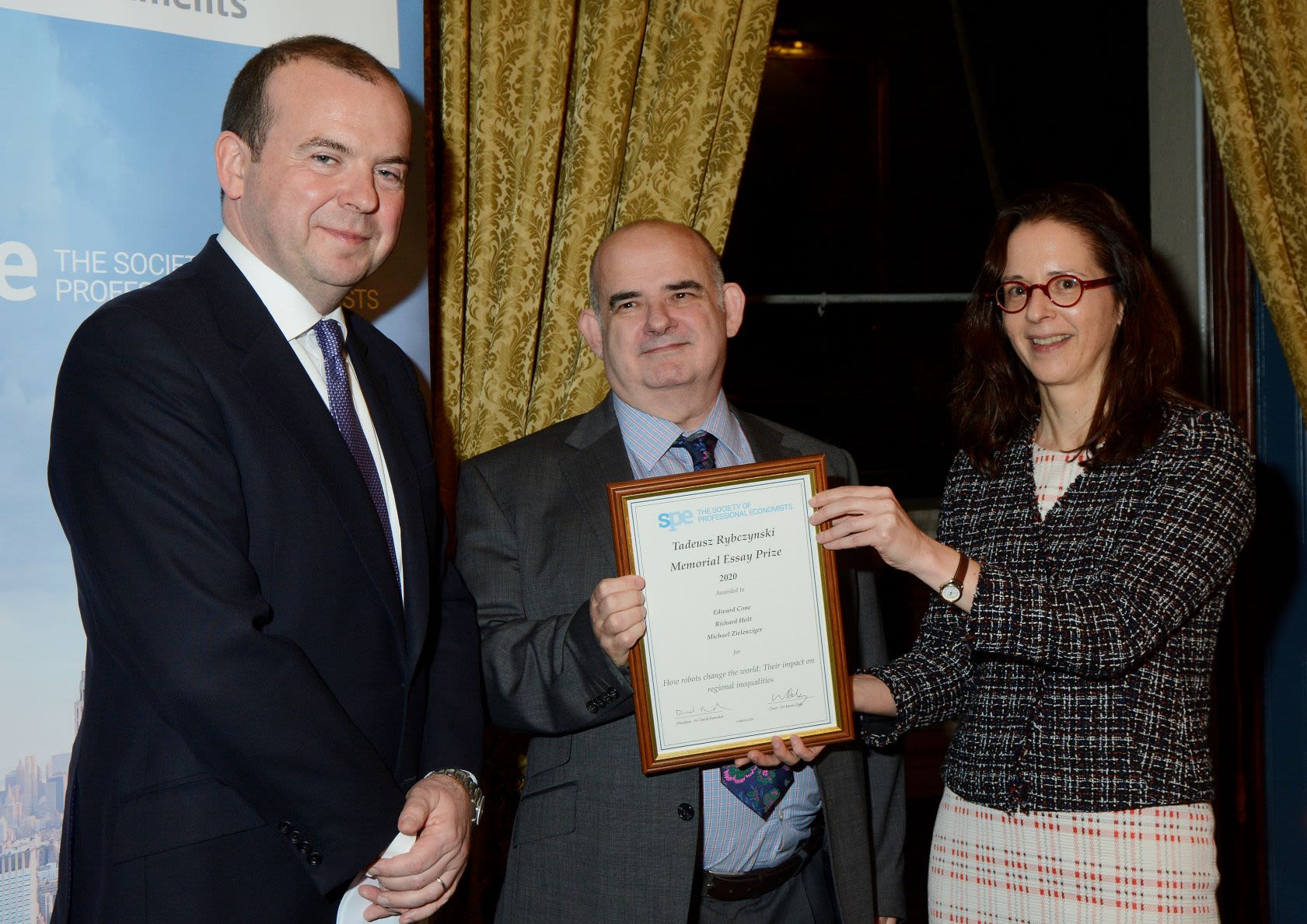 Rybczynski prize-winning essay on the impact on regional inequalities

Oxford Economics' Edward Cone, Richard Holt, Michael Zielenziger won the 2019/20 Society of Professional Economists Rybczynski Prize Essay Competition, with a fascinating piece on the impact of robots on regional inequalities. The Rybczynski Prize is awarded to the best piece of writing on economics.

By the use of econometric modelling, our team have shown that there are overall gains despite significant job losses within industries. Crucially, however, we find that those regions whose residents have lower income levels have tended to lose twice the number of jobs, per robot, compared with those regions with higher average income levels.

The consequence is a significant risk that in countries such as the United Kingdom, regional inequalities will increase—a challenge potentially made even greater as robots spread to occupations that have traditionally provided the destination for displaced factory workers. This creates a challenge for policy makers, who are likely to face political pressures to spread the dividends of robotization more evenly. Recent political developments across a range of advanced economy nations suggest that the pressures on policy makers are already mounting.

At Oxford Economics, our mission is to help our clients better understand an ever-more complex and fast-changing world economy. With the world on the cusp of this new industrial revolution, we are pleased to share the findings of our extensive research study into these profound economic shifts with everyone interested in the shape of things to come.

That is why we brought together a team of our economists, econometricians, modellers and technology experts from across our worldwide network of over 250 analysts to conduct an extensive research study to analyse the robotics phenomenon.

About the Rybczynski prize

In 2000 the Society inaugurated an annual prize for economics writing in memory of Tadeusz Rybczynski, an eminent economist and former Society Chairman.

The Rybczynski Prize is awarded to the best piece of writing on economics, as judged by the SPE Council. The judges look for high-quality submissions on an important real world economic issue which merits wide attention among professional economists. The style of the piece should make it accessible and interesting to an economically literate business audience.